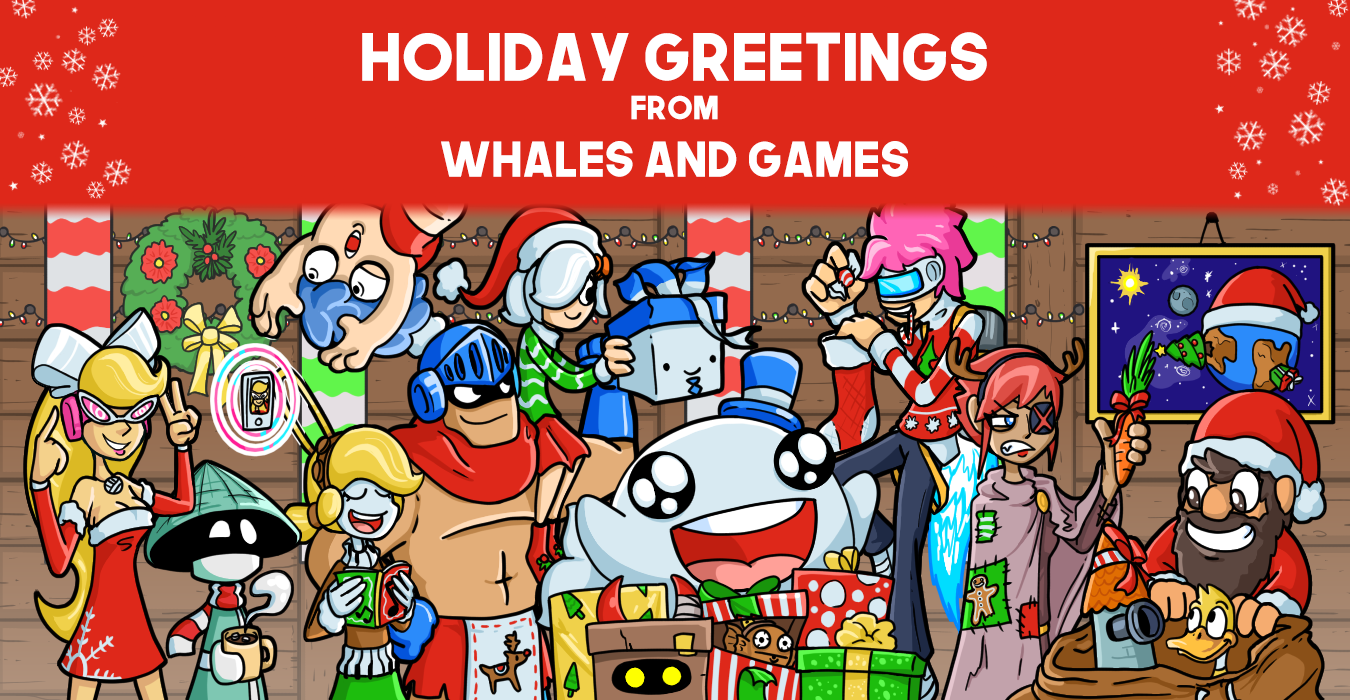 Jorge, Robin, the Whales and Games Team and the discord channel, wish you all a happy holidays season and a superb new year! It’s still somewhat early for that, but it’s never too soon to wish you the best, is it?

I drew this banner to celebrate both the occassion and as a milestone of how far WAG has come since LD36 (and even before)! This drawing features:

Our holidays are as cheerful as they can be, with the comments we have kept getting on Jazzy Beats. Jorge-boy just replied to a bunch of comments that had piled up. The team is still continuing to play and rate games, and we’re finding some real jewels! It’s been a fantastic game jam! (And yes, this is a very shoehorned pitch, but we do need to keep it relevant to LD40, right?)

Well, it’s all been said and done now. Just a few more days until this whole thing wraps up, so I hope you are doing your best at commenting on other people’s games. One good comment can really lighten somebody else’s day. Happy holidays to y’all! May your new year resolutions become reality! Cheers! ??